The CAMRA Wolverhampton trophy, awarded to local breweries for ‘Best Beer’ of the annual festival, has been permanently gifted to the 2018 winners, Banks’s Brewery. Owners of the trophy, the Spruce family originally set up the trophy to commemorate branch member, Colin Spruce following his passing in February 2006 and has been used ever since by CAMRA.

The trophy was officially handed over to Simon Yates, Banks’s assistant head brewer at the Brewery by Charlotte Coxon, Wolverhampton CAMRA’s Beer Festival Organiser. The decision for it to stay at Banks’s was to ensure that the trophy, which highlights the awards past 15 winners, maintains local support and heritage attached to the trophy and is set to be permanently displayed in the visitors centre.

Since the CAMRA Wolverhampton festival began in 1977, local breweries are invited to create a one off, bespoke beer for the occasion which is then chosen by the attendees of the festival who vote while at the event. In 2018, Simon created Banks’s ‘Guavageddon!’ a 4.7% ABV Tropical IPA, at 4.7% ABV brewed with Pilsner malt, along with a little crystal, caramalt and malted wheat which gave it the deep gold colour.

Amie Cater, Banks’s brand manager said: “It is a great honour to have the trophy stay at Banks’s, we are incredibly grateful to Charlotte and Colin’s family for this decision. The trophy will remain in the brewery’s visitors centre to be visible to all and we will have tremendous pride in keeping it there.”

Charlotte Coxon, Wolverhampton CAMRA’s Beer Festival Organiser said: “We have always given certificates since the beer of the festival award was introduced many years ago. The trophy was given by the Spruce family in Colin’s memory and was presented to winning breweries each year with their name being engraved on the shield.

The shield is staying with Banks’s as it is one of our local breweries and has supported our festival over many years. Colin was an active member of Wolverhampton branch and it seems right that it stays in Wolverhampton. Future winners will continue to receive a certificate.” 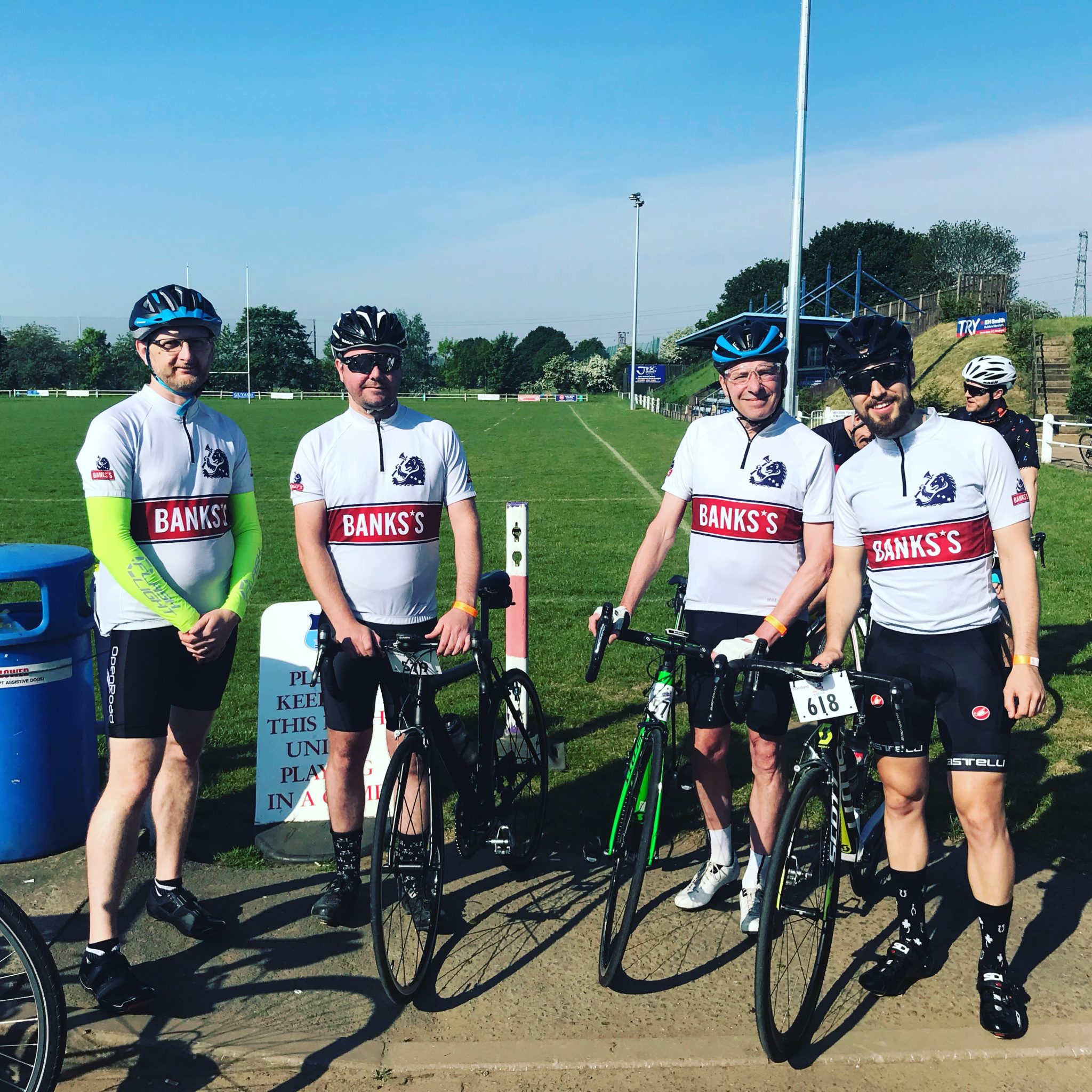 Banks’s team go ‘Round the Wrekin’ for local charity

On Sunday 19th May Banks’s will be sponsoring the ‘Round the Wrekin’ cycling sportive challenge. Back for its fourth successful year, the event is all built around helping to raise money for local charity, Compton Hospice, the funds raised will go towards the worthy cause in helping to promote and maintain quality care for the […]

Read More 03/04/2019
Did you know? You can order an additional 8 pack of beer without increasing your shipping costs!
*subject to delivery location
x