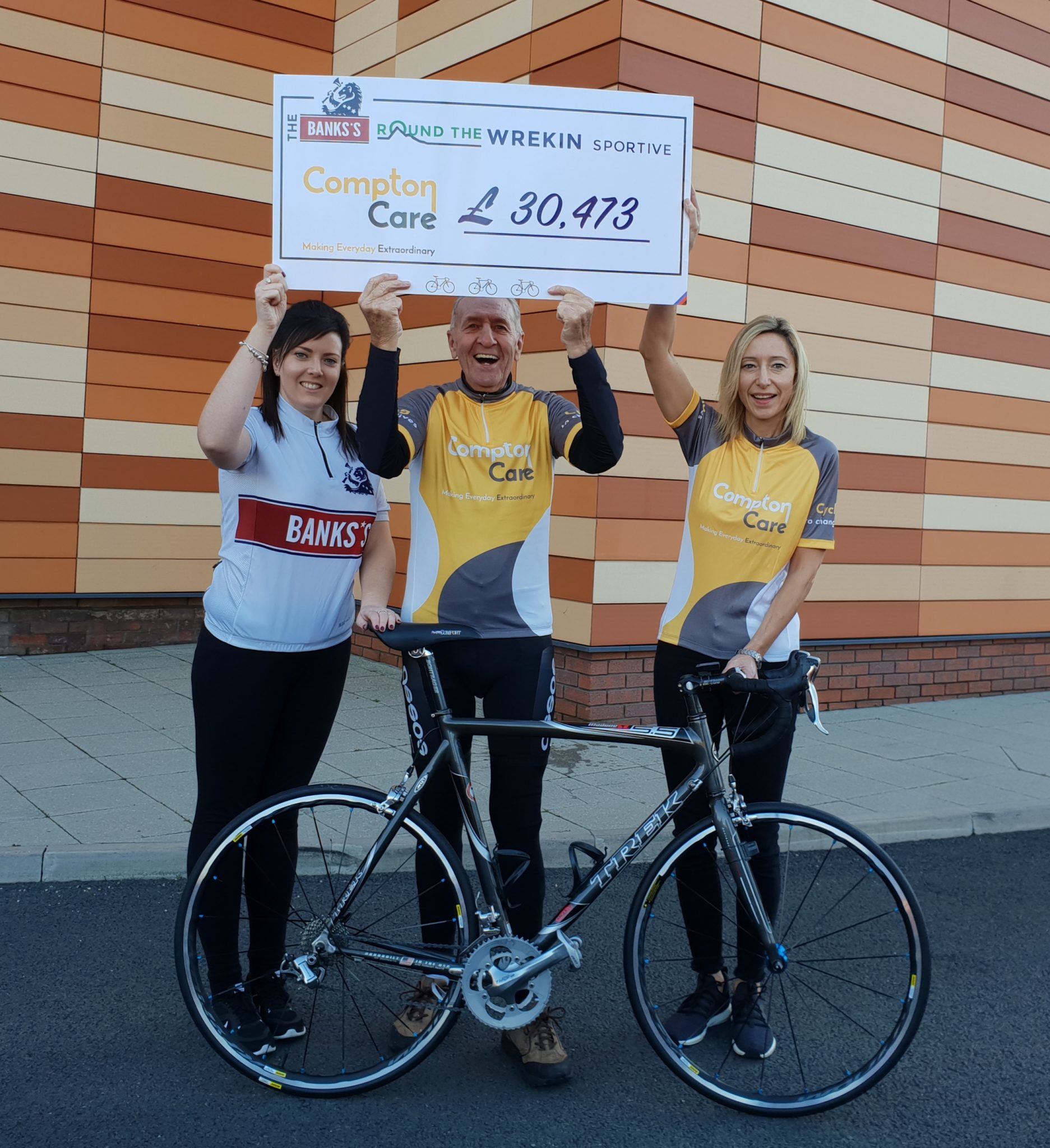 Over £30,000 raised at this years Banks’s Round the Wrekin

More than £30,000 was raised for Compton at this year’s Banks’s Round the Wrekin sportive.

The event, which took place in May, raised a total of £30,473, funding the equivalent of 147 visits by a Compton Community Nurse to support a patient staying in the comfort of their own home.

More than 700 cyclists took part in the inaugural ride, including cycling champion Hugh Porter. The cycling legend who is also a patron for Compton, has played a major part in promoting the sportive since it was first launched in 2016.

The event sees cyclists set off from Dudley Kingswinford Rugby Club, before pedalling through South Staffordshire and into Shropshire.

Event organiser Sarah Wooding said: “We are delighted to announce that this year’s Banks’s Round the Wrekin Cycle Sportive has raised more than £30,000.

“This year’s event raised a grand total of £30,473 and since we first launched the sportive in 2016, the total amount raised over the last three years is now in excess of £80,000. This is a fantastic sum of money which will enable us to continue to provide extraordinary care to our patients and their families living with complex and incurable illnesses free of charge.

“Since we first launched the Banks’s Round the Wrekin, it has grown in popularity and number of entries year on year. We are currently busy planning next year’s sportive and will be releasing more details soon.”