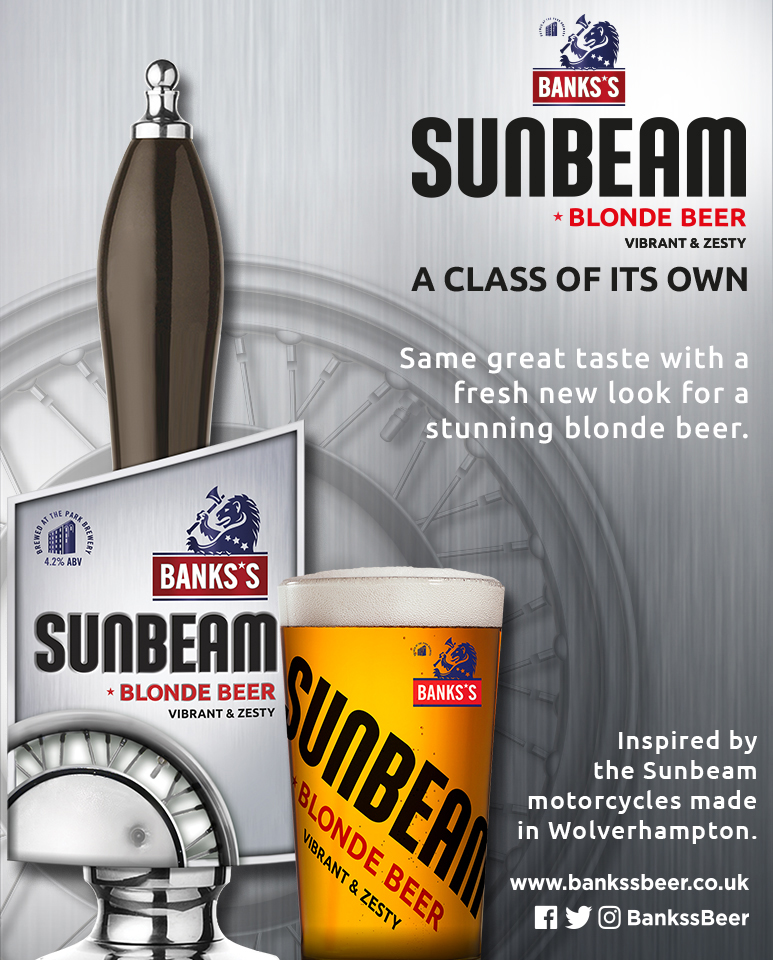 SUNBEAM ROARS INTO THE SPRING WITH A FRESH NEW LOOK

One of Banks’s most recognised and successful beers from its portfolio has undergone a new makeover following the success of Amber Bitter which was rebranded in July 2016. Sunbeam, which started life out as a guest ale in 2011 in celebration of Wolverhampton retaining city status for ten years, was so popular during its limited run that it was promoted to the permanent range in the Banks’s brand family in 2012.

The zesty blonde ale is well recognised for its refreshing palette whose name was inspired by the Sunbeam Motorcycle Factory, a famous motorcycle and bike producer based in Wolverhampton until the 1930’s and is iconic to Banks’s heartland’s history. When working on the re-brand, the team delved deeper into the heritage of the name and with the world-famous manufacturer as their inspiration, they helped to pour a little bit of Wolverhampton soul into the design. Keeping the shape of the pump clip in line with the current brands ensuring consistency, the highlight of the design is the motorbike wheel taking centre stage with background hints of an industrial and gritty feel.

The new look Sunbeam has a supporting POS kit and can be seen in many pubs across the UK.